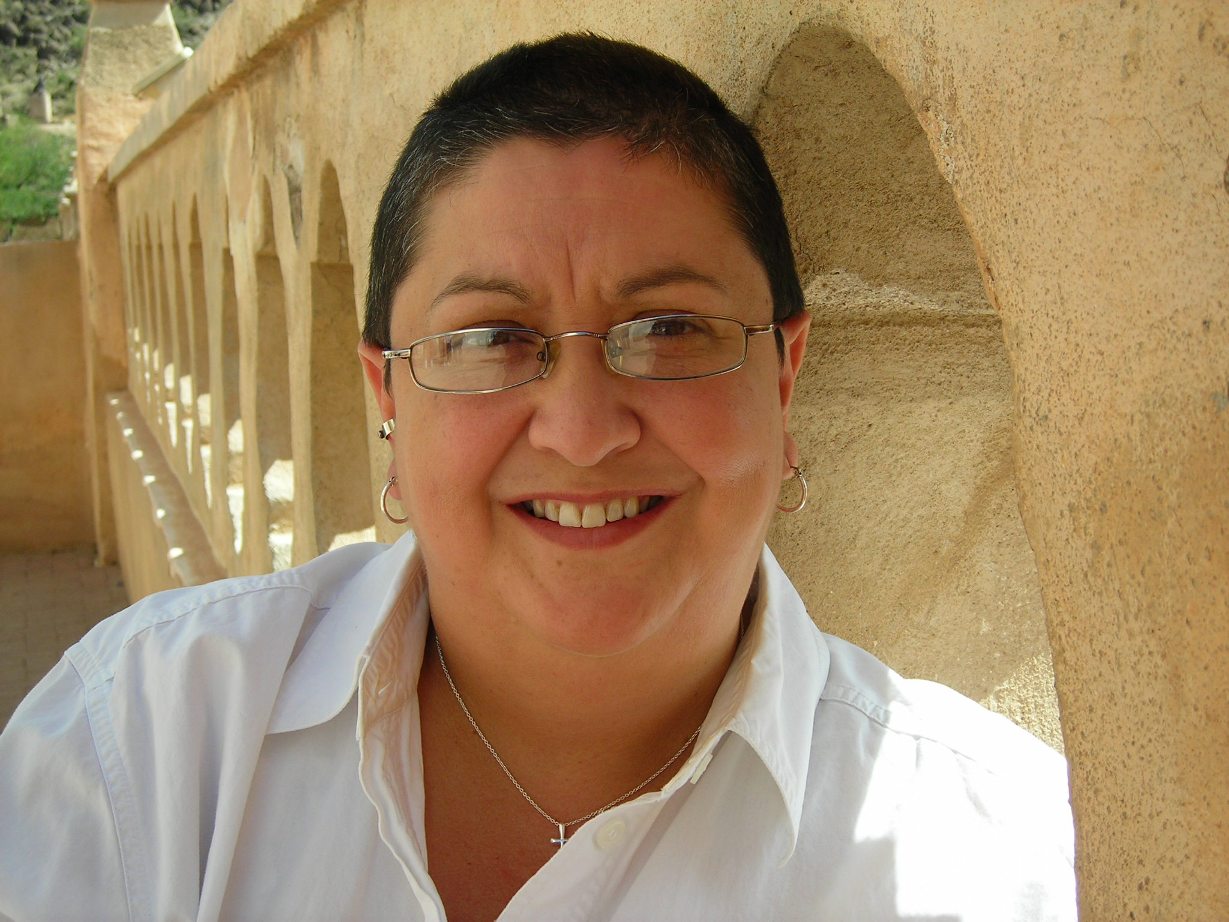 Maribel Alvarez describes what she does as “the embellishment of ordinary life.” A nationally respected anthropologist, folklorist, curator and community arts expert, she is the executive director of the Tucson-based Southwest Folklife Alliance, which is affiliated with the University of Arizona. Its mission: To build more equitable and vibrant communities by celebrating the everyday expressions of culture, heritage, and diversity in the Greater Southwest.

On top of her work in Tucson, this spring Alvarez began working with Arizona State University’s Herberger Institute for Design and the Arts as a policy fellow. She said she accepted the position at the invitatation of Herberger Institute Dean Steven J. Tepper because “word of the vision and synergy around community cultural development at ASU has been spreading nationwide,” and because, in Alvarez’s view, it is critical for the University of Arizona and Arizona State University to work together to harness cultural resources.

“I believe that we really have to have a regional vision for what we’re doing in community transformation and creativity,” said Alvarez, who also holds a dual appointment at the University of Arizona as associate research professor in the School of Anthropology and as public folklorist at the university’s Southwest Center.

“By ‘regional,’ I mean the border corridor,” Alvarez said. “We are primed to be the microcosm of the most important changes that our nation will experience demographically and culturally over the next 50 years. We have people of color, mixed heritage, aging population: All of those are reaching the tipping point in more dramatic ways than almost anywhere else in the country.”

For his part, Tepper sees Alvarez as a key player in the policy framework he’s putting in place.

“ASU’s Herberger Institute is emerging as the most important place in the U.S. for innovation in design and the arts, in large part because of our understanding that the region’s evolution and growth must be yoked to the health and vibrancy of our cultural life,” said Tepper. “Dr. Alvarez is widely recognized as a visionary leader who bridges academic and community-based interventions. Her vision and expertise will help us lay the groundwork for equitable, sustainable and culturally rich development over the next decade, through efforts such as the Projecting All Voices initiative and our overarching emphasis on creative placemaking.”

The first step in that groundwork, Alvarez said, is to identify and map cultural assets — the local people, organizations, facilities and businesses in design and the arts.

Alvarez and Herberger Institute graduate student Mallory Alekna are spending the summer on the task of mapping cultural assets in the greater Phoenix area. Alvarez calls it “an exercise of discovery. You start with some contacts, and then it snowballs. You ask, 'Who else is doing that?' You’re trying to understand a network of production. Instead of going to Google and trying to find out how many theater companies, opera companies, etc. there are, you would do that through communities, through people.”

“At this point we are really interested in finding out as much as we can about the variety of ethnic enclaves and communities that are in Phoenix,” Alekna said. At an initial meeting with artists and community members, the group discussed examples of Native American and Chicano arts scenes in Phoenix, including the Yaqui traditions practiced in the town of Guadalupe, as well as the numerous ethnic enclaves in the area, which Alekna said include Iraqi, Romanian, Estonian, Puerto Rican, African, Cuban and Japanese populations, “to name a few.”

The work now involves going out into the communities “to learn more about the arts that they are creating and doing,” Alekna said.

“What I bring that complements Stephani’s work is the perspective of a folklorist that looks at an unofficial production site, like people who cook at home, people who dance at the church social,” Alvarez explained. “I think Dean Tepper brought me to complement what’s already happening in Herberger Institute. You have Stephani and [Institute Professors] Michael Rohd and Liz Lerman and Daniel Bernard Roumain and Maria Jackson: Herberger Institute is bringing synergetically this group of folks that are thinkers about participation and engagement through creative means. These are visionaries. Each person is doing it with a distinct approach. My angle is the embellishment of ordinary life.”

Alvarez emphasizes that the cross-pollination between ASU and the University of Arizona is an important aspect of her new position, because both institutions are learning about the methodologies the other uses and because collaboration is key to what she calls a regional vision.

“We’re trying to demystify and break apart that myth that there are two universities doing distinct things. Here, we can all collaborate.”

As Alvarez sees it, “the Herberger Institute vision is to really understand place as a laboratory of civic engagement. It’s not just about this region, it’s about what lessons, what models, what practices can be developed. Because if it’s happening in Arizona, you better believe it’s happening in Iowa — and if not now, then it will happen. That’s the exciting part of why do this work.”