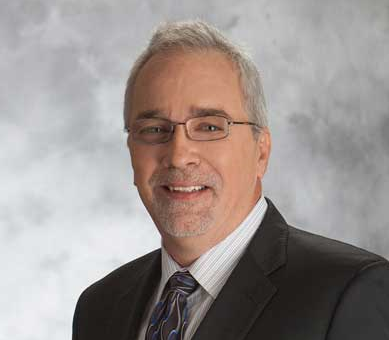 Steven Corman, a professor at the Hugh Downs School of Human Communication at Arizona State University, was honored with a Patriot Award in recognition of extraordinary support of an employee serving in the National Guard or Reserves.

The award is given by the Arizona Employer Support of the Guard and Reserve (ESGR), a Department of Defense office.

The award was created by ESGR to publically recognize individuals who provide outstanding patriotic support and cooperation to their employees and students through a wide range of measures including a flexible schedule, time off prior to and after deployment, caring for families, and granting leaves of absence if needed.

Corman was nominated by Capt. Scott Ruston of the United States Navy Reserve for being highly supportive of his reserve career. Ruston worked for Corman as an assistant research professor in the Hugh Downs School’s Center for Strategic Communication, which Corman directs. Ruston transferred last year to a research scientist position in ASU’s Global Security Initiative and continues to collaborate closely with Corman on research projects.

In his nomination narrative, Ruston stated that “Dr. Corman demonstrated exceptional support to my service in the Navy Reserve. While Arizona State University has generous military-leave policies, the greater enhancement to my career has been Dr. Corman's advocacy, flexibility and support. He has consistently collaborated in figuring out ways to minimize civilian employment obstacles in order to help maximize my contribution to the Navy Reserve.  And, during my one-year deployment to East Africa, he regularly kept in touch sharing insights from his research that could be relevant to strategic communication challenges there.” Scott Essex, Arizona ESGR volunteer support technician, said, “Scott Ruston, who like the citizen soldiers before them, have answered their nation’s call to serve. Supportive supervisors like Professor Corman are critical to maintaining the strength and readiness of the nation’s Guard and Reserve units. Nearly half of our nation’s defense is in the National Guard and Reserves today.”

Linda Lederman, director of the Hugh Downs School, added, "Steve Corman well deserves recognition for his dedication to his research agenda and the lengths to which he is willing to go to support his research colleagues, as evidenced by this award."