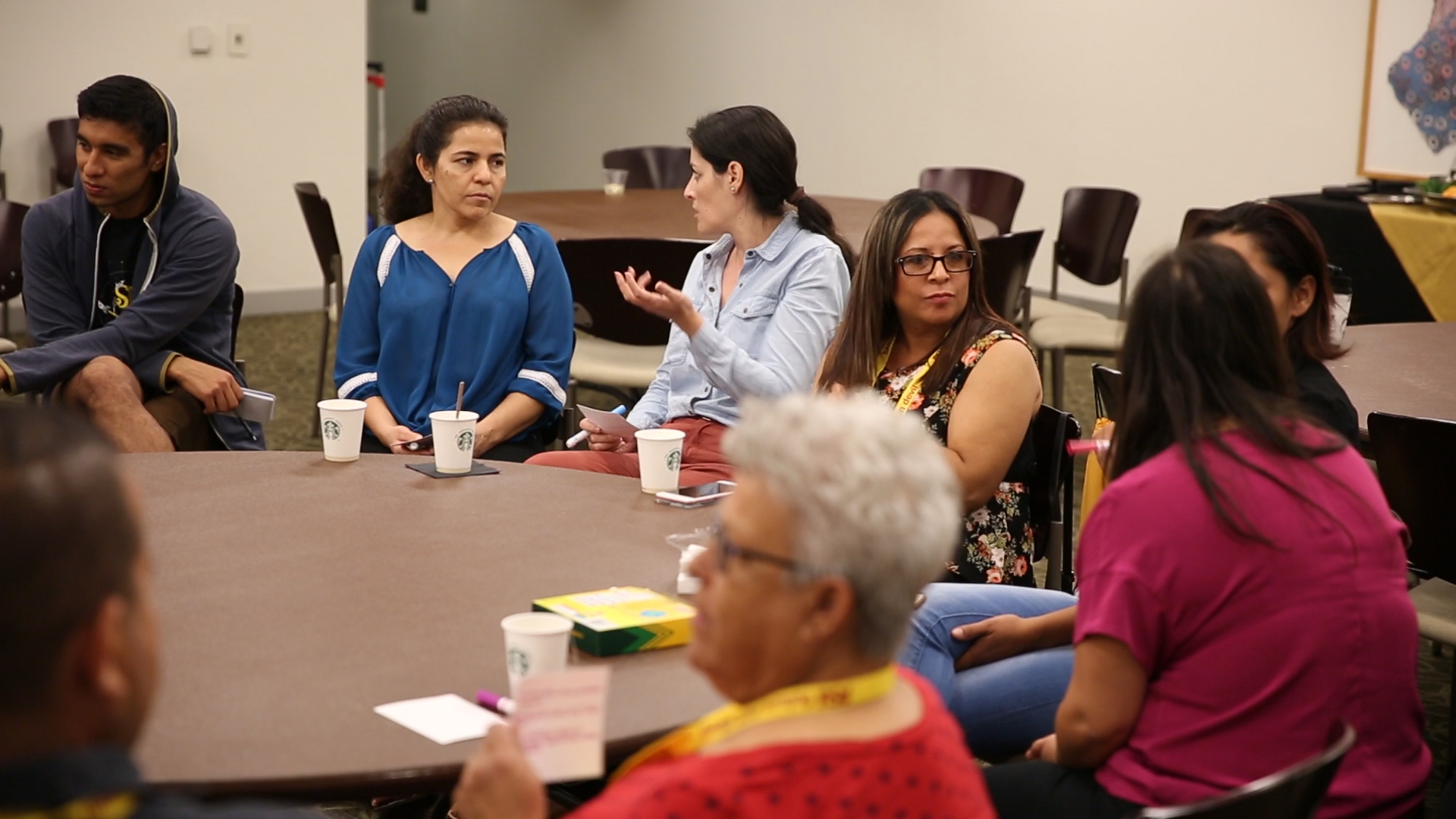 Arizona has the eighth-largest migrant student population in the U.S. but only about 20 percent make it further than high school. The College Assistance Migrant Program (CAMP) at Arizona State University wants to see that deficit become history.

Since the federally funded program launched at the university last fall, it has made a big impact on students’ lives, providing essential academic, financial and emotional support to help them succeed.

“If not for CAMP, I wouldn’t be here,” computer systems engineering freshman Wendy Lara said matter-of-factly.

Despite the success of its first year, ASU CAMP Scholars director Seline Szkupinski-Quiroga saw an opportunity for the program to reach more of those in need of the critical resources it provides.

At group meetings, she heard from CAMP Scholars who told of the difficulties they’d had filling out their FAFSA, or registering for the right courses. Not only were they in uncharted territory working all that out as high school students, many of their parents were, too — the majority of CAMP Scholars are first-generation college students.

“We just thought that this information needs to be getting to them before they get here,” Szkupinski-Quiroga said, “before they’re at the point of applying.”

So Friday at ASU’s Memorial Union, CAMP hosted its first-ever Migrant Family Conference, where junior and senior migrant high school students, along with their parents, spent the day at the university attending college-readiness workshops on topics like how to pay for college, admissions requirements and steps to being successful.

Alejandro Villalobos attended with his son Alex, a senior at Queen Creek High School interested in studying software engineering. The elder Villalobos came to the U.S. at the age of 5 and later worked as a member of the United Farm Workers of America. He never attended a four-year university himself, so he was appreciative of the information and resources the conference offered.

Rogelio Ruiz, student recruitment and family engagement coordinator at the School of Transborder Studies, said “It was important for us to involve the parents as well, because they play a significant role in their child’s education.”

It also presented another challenge: The conference would need to be language-accessible for those parents who speak only Spanish.

Ruiz and Szkupinski-Quiroga worked with Access ASU and other units to create Spanish-language flyers and messaging to help spread the word, and presentations on the day of the conference were given in Spanish.

Access ASU also helped train current CAMP Scholars to share their personal stories with the high school students via SPARKS, a student-led service organization whose members visit K-12 students throughout the Valley to inspire them to pursue and succeed in higher education.

“What SPARKS does is train student ambassadors to tell their stories; how they got to college, the challenges they faced, how they overcame those challenges,” said Lorenzo Chavez, director of student and community initiatives at Access ASU.

“We find that the most impact we have is when we connect students with ‘near-peers,’ or individuals with similar backgrounds who they can look up to. Especially high school students, where if it’s not quick and easy, sometimes it’s hard to keep them engaged.”

The migrant high school students who attended Friday’s conference left the university that day with not just inspirational stories but having made actual progress toward becoming an ASU student. Part of the day’s activities included beginning the process of filling out their FAFSA and ASU admissions forms.

Instead, they’re pursuing four-year degrees at the nation’s most innovative public research university.

Savilla said she hopes her son, a freshman at ASU, can be an inspiration to his younger brother, a junior in high school.

“Every time I bring him (Luis) here, I leave happy,” she said in Spanish. “Not sad because I am leaving him here — on the contrary, because I know my son will do great things here.”