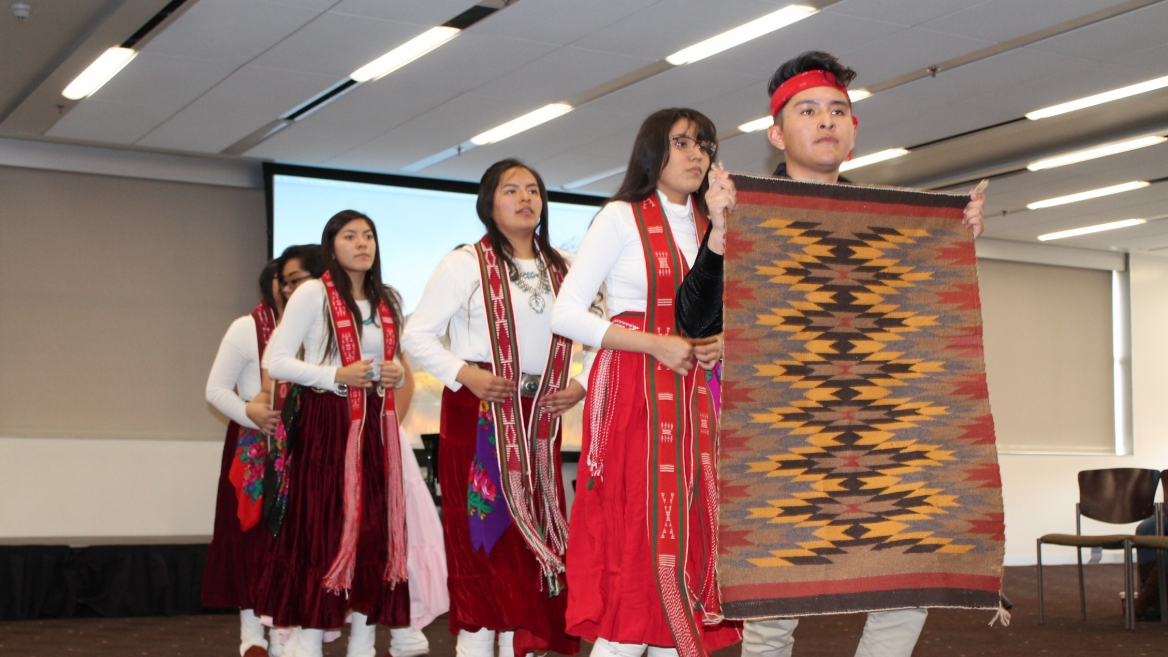 The School of International Letters and Cultures recently held its annual Language Fair, which promotes the university’s more than 20 language programs to high schoolers — prospective ASU students — from around Arizona.

The Language Fair showcases diverse cultural traditions, including music, dances and foods, to expand high school students’ global knowledge and cultural appreciation. It also demonstrates to students that they can continue their high-school language studies in college or even explore a new language.

“The main purpose is to introduce high school students from all over Arizona to SILC and the different opportunities that SILC provides for their future studies at ASU,” said Instructor of Arabic Umar Sulayman, the coordinator of the Language Fair. “Additionally, our Language Fair provides many opportunities for language teachers and parents to meet our faculty members.”

Previous years’ events have drawn as many as 2,500 attendees. Nearly 20 schools with a total of more than 1,000 students registered to attend this year’s Language Fair, which was conducted online for the first time in the 23-year history of the event.

The transition to a virtual format allowed students to attend from their own classrooms or homes, and they could drop in for just one session or participate in the full two-day event.

The School of International Letters and Culture's faculty members and student volunteers put in a lot of work organizing the Zoom setup for this year’s fair. Each department — from Asian Languages and European Languages to American Sign Language and academic advising and testing — had its own activity room that students could enter with a link. From there, they were placed into individual breakout rooms for the specific languages or activities they were interested in.

Principal Lecturer in classics Almira Poudrier has been involved with the Language Fair since 2002. She said that in years past, students would wander the event at the Memorial Union in person, being drawn by whichever events and displays caught their attention. This year’s virtual format allowed for more one-on-one discussions that went beyond just cursory overviews of the school’s language offerings.

The Language Fair is typically “loud, sometimes chaotic, and very fun!” Poudrier said. “The changes (this year) were profound — students had to come into those rooms individually instead of traveling in groups, and inside the room the conversations were longer, more in-depth and specifically focused on that particular language.” 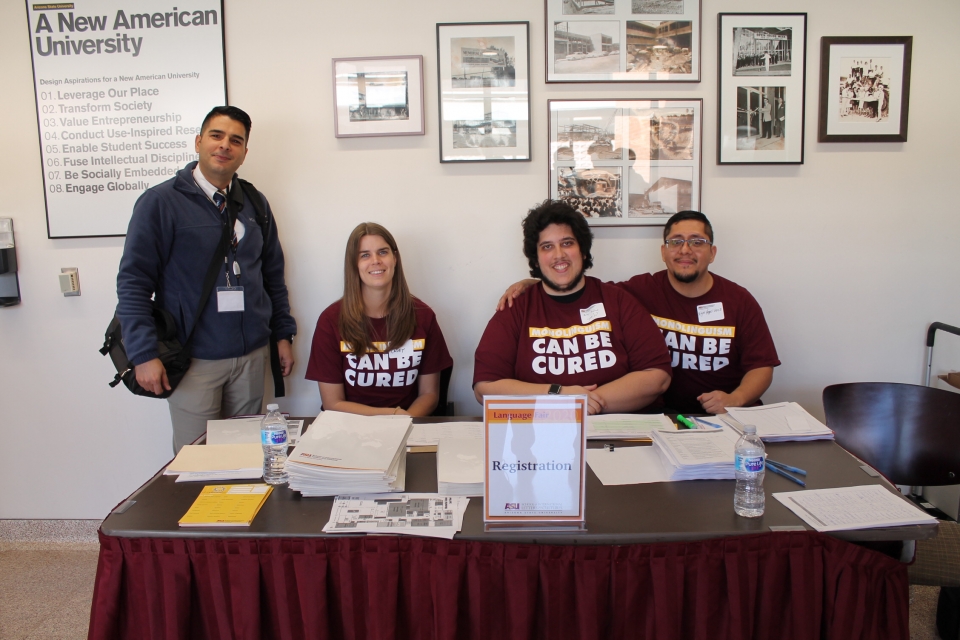 Instructor of Arabic Umar Sulayman (left), the coordinator of the Language Fair, stands next to student volunteers at a previous year's event. This year's Language Fair was held entirely online for the first time.

The second day of the Language Fair was devoted to competitions for individual languages as well as an overall poster contest. For example, students were tasked with reciting a classical Chinese poem or performing a scene from a play in French. The posters were to be centered on the 2021 event’s theme of holidays and celebrations.

Poudrier was in charge of the poster competition this year. Students created posters at home or in their classrooms ahead of the event, then presented them by video to a group of judges in their target language. Some even chose to wear costumes or utilize props for their showcases.

“The posters really are amazing in their artistic style and their language excellence, and the event is very competitive,” Poudrier said.

Sulayman, too, said the competitions are his favorite part of the event. The competitions demonstrate that high schoolers are interested in learning about languages and cultures besides their own, and that they understand how this knowledge benefits their future studies and careers.

“I like how Arizona high school students work hard with their teachers to impress our judges and faculty members,” he said. “Our faculty members always offer the contestants valuable feedback on their posters and presentations.”