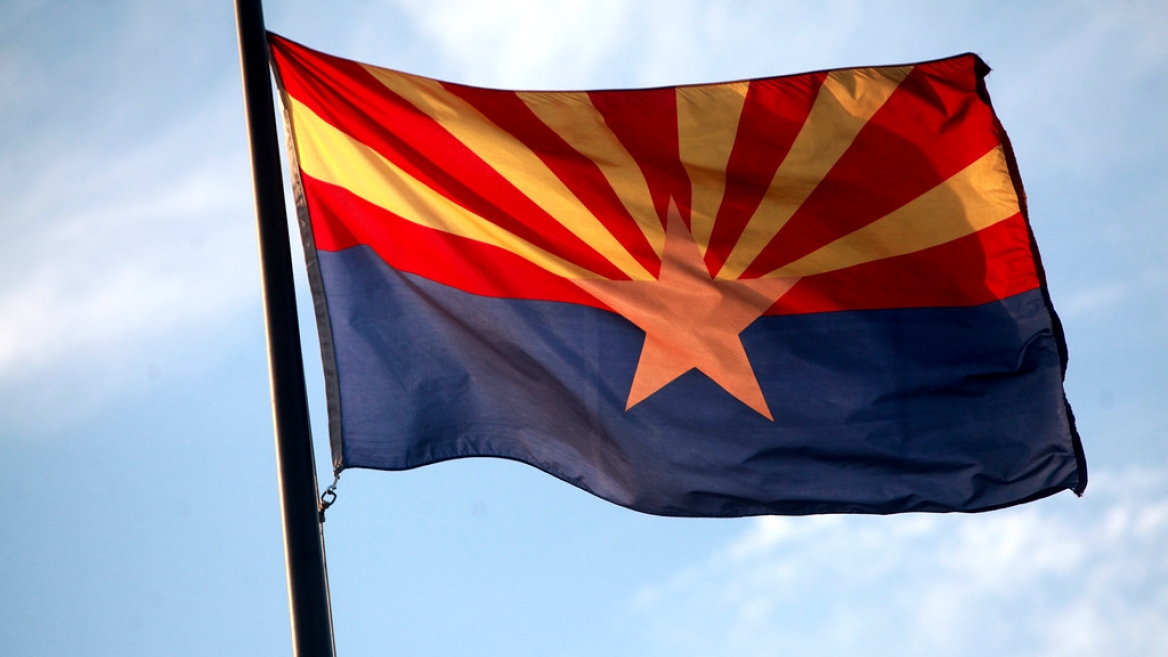 Feb. 14, 2020, marks the 108th birthday for the state of Arizona. To commemorate the state's rich history, Sean Beienburg, an assistant professor at the School of Civic and Economic Thought and Leadership and an expert on Arizona’s founding, constitution and history, has identified five little known facts about the state’s origins and early years.

Article 8 of the proposed Arizona Constitution established protocols for recalling elective officials, including judges. For President William Howard Taft, a former and future judge, this was unacceptable. He called it “legalized terrorism” and blocked Arizona from becoming a state.

By a 9-to-1 vote, Arizona voters dutifully added a clause to their recall section, clarifying that it was for all elective officials “except members of the judiciary.” Taft then approved statehood, but once Arizona secured its status in the union, the state legislature moved to restore the judicial recall provision, with a provocative title: “An Act to Amend Sec 1 of Article VIII of the Constitution of the State of Arizona as adopted under coercion, (directed by William Howard Taft, President of the United States).”

2. The Arizona flag was created for a rifle competition

The flag’s design resulted from the not-quite-yet state feeling left out. In 1910, an Arizona rifle team competed in a marksmanship contest in Ohio. Among the sharpshooters was future congressman and senator Carl Hayden. (Hayden Library is named after Carl’s father, Charles Hayden, a Tempe founder). Charles Harris, the future adjutant general of the state’s national guard and another member of the team, was primarily responsible for the design (with possible help from Hayden), and Nan Hayden, Carl’s wife, sewed the first official flag, which was adopted by the state legislature in 1917.

The central star recognizes the importance of copper and the setting sun has 13 rays as a nod to the original American colonies. Like New Mexico’s flag, the rays bear the colors of the Spanish banner brought by Francisco Coronado to the area in 1540.

3. No reptiles were allowed in the Arizona seal

The design of the Arizona seal — which is actually the center of ASU’s formal seal — is specifically laid out by the Arizona Constitution (Article 22, Section 20). It replaced the territorial seal, which had featured a deer in front of a cactus. Morris Goldwater, the vice president of the convention (and Barry’s uncle), argued they should keep it: “Any man who has lived in this territory under the present seal as long as I have can continue to live with it until he dies, without hurting himself.”

However, convention delegate E. E. Ellinwood argued that the new seal should “get away from cactus, Gila monsters, and rattlesnakes ” and focus on the state’s developing industries, and so a miner, a cow, a mill, a farm and a dam became the symbols of Arizona. The constitution did not change everything on the seal: It still retains the Latin state motto, “Ditat deus,” or God enriches.

4. The Arizona Senate once voted to destroy itself

In June 1912, in the first special session of the state legislature, the state Senate voted to commit “suicide,” as the local papers described it. Not literally, but in the sense of dissolving the body in which they served.

Many Progressive Era critics of James Madison’s system of complicated checks and balances argued the government should be made simpler, with fewer structures to obstruct the popular will. They argued, in other words, to have the system rebalanced to lean more toward efficiency instead of the Madisonian preference for liberty. To that end, the Senate proposed that Arizona’s progressive constitution should be made even more like direct democracy through a unicameral legislature — or a legislature with just one body, not two.

The state’s newspapers had great fun with this, but not as much as the House of Representatives. Members proposed a variety of sarcastic amendments to the Senate abolition proposal, such as giving the “County of Hunt” — as in Gov. George Hunt — a vote, but others proposed banning either all the members of the Senate from voting in the future or stripping representation from the county whose members had most fervently backed the proposal.

A citizen initiative to abolish the state Senate failed by an almost 2-to-1 margin in 1916, and, like all states except Nebraska, Arizona retains two legislative houses.

5. Arizona’s first chief executive was like George Washington — if Washington had sought to be president for life

Like George Washington did for the federal government, Hunt served as the president of the Arizona constitutional convention and then as the state’s first chief executive.

Unlike Washington, however, who declined to run after eight years in office to make clear that leadership was temporary, Hunt ran repeatedly almost until his death, serving a total of seven, two-year terms between 1912 and 1933. This included coming back after several defeats, including suing his way into office after Republican Thomas Campbell, who had initially been declared the winner, had served for almost a year.

The Arizona governorship was so tightly connected to Hunt that, in 1931, writer Will Rogers jokingly asked to be adopted by Hunt, since Arizona evidently had a “hereditary” governorship. Hunt’s final loss was a defeat by fellow Democrat Benjamin Mouer, and Hunt died soon after. But perhaps viewing himself as a pharaoh of old, Hunt had himself buried in a white pyramidal tomb overlooking the Valley, which you can visit in Papago Park.

Professor Sean Beienburg, an assistant professor at the School of Civic and Economic Thought and Leadership, is in the process of developing a living repository for the state of Arizona, documenting and preserving founding documents, mementos and firsthand accounts from the state’s founding moments as part of the Arizona Constitution Project. When completed, the repository will be a free resource for Arizona citizens and constitutional scholars to study Arizona’s founding.